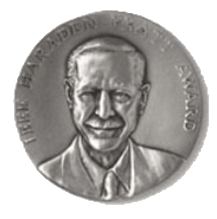 For vision and leadership in improving IEEE operations and governance, and for building a stronger foundation for IEEE’s strategic future. 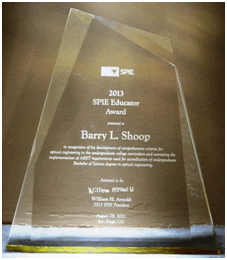 The SPIE Educator Award is given annually in recognition of outstanding contributions to optics education by an SPIE instructor or an educator in the field.

Recognizes IEEE members who are past members of the EAB or current or past members of EAB Committees for outstanding and sustained service to the aims and objectives of the IEEE Educational Activities Board.

For exemplary leadership and service to engineering education in the formation of the engineering programs at the National Military Academy of Afghanistan.

For leadership and vision in furthering optics education and humanitarian purposes, including founding the first engineering school in Afghanistan, and his contributions to the global fight against terrorism as expressed in his activities in the Joint Improvised Explosive Device Defeat Organization.